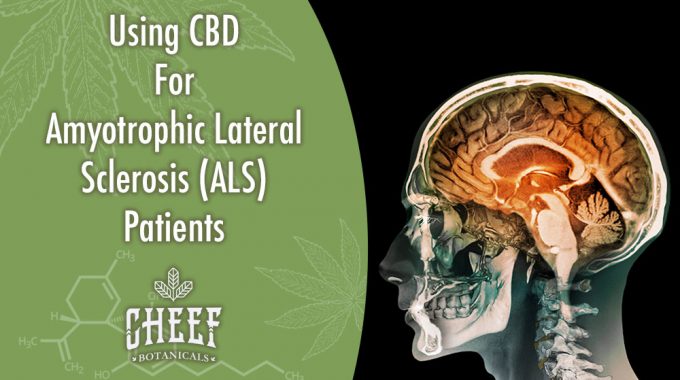 Amyotrophic lateral sclerosis (ALS) is a disease that causes the deterioration and eventual death of motor neurons that control voluntary movement in the human body. It is more widely known by its alternate name: Lou Gehrig’s disease, after the famous baseball player from the 1920’s and 30’s. Stephen Hawking the renowned astrophysicist also suffered and eventually died from the disease. Approximately 30,000 Americans suffer from this devastating condition. Due to its effects on the nervous system, it causes weakness, disability, and eventually death. Despite this, it does not affect the neurons in the brain that control consciousness, so patients dying from the disease are fully cognizant of their deterioration.  There is no known cure, but using CBD for ALS has been shown to be effective at managing the symptoms of the disorder.

Approximately 90% of ALS cases are sporadic. This means that the majority of cases have causes that are unknown or poorly understood. Familial ALS comprises the remaining 10% of cases. Most researchers define familial ALS as occurring when two or more first-degree relatives suffer from the disease. Researche