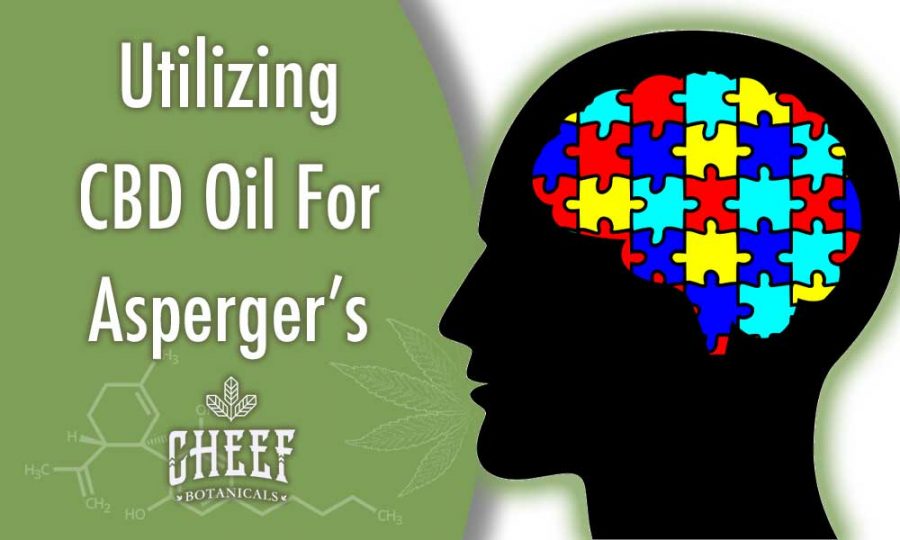 CBD oil is commonly used in many people’s everyday lives for general health and wellness. But for Asperger’s? How can CBD oil help with developmental disorders in the autism spectrum? Research reveals that CBD oil may play a valuable role this new delicate area.

What is Asperger’s Syndrome?

1 in 59 children in the U.S. is diagnosed with autism spectrum disorder (ASD). Asperger’s is classified under this umbrella term according to the fifth edition of the Diagnostic and Statistical Manual of Mental Disorders (DSM-5), which was released in 2013.

Asperger’s is a mild form of autism that causes people to process information differently than the general population. People with Asperger’s typically have a deficit in social skills. Common examples include the inability to interpret social cues, having trouble conversing, and lacking in eye contact.

These impairments can lead the person to isolation and distress. Because of these difficulties, people with Asperger’s tend to also develop associated disorders such as anxiety, depression, or neurological disorders.

There is no known cause of Asperger’s. Rather, its risks increase due to certain genetic and environmental factors during development. Autism tends to run in families. If an altered gene is passed down, the offspring have a higher risk of developing autism. Similarly, non-genetic factors such as the parent’s age and birth complications can increase the risk of developing autism.

What are the Symptoms of Asperger’s?

Asperger’s usually develops early in life, and its symptoms are most noticeable during childhood. Some of the symptoms of Asperger’s might include:

While there is no cure or treatment for Asperger’s syndrome (or ASD in general), doctors prescribe certain medications that can help with managing its symptoms. Medications like antidepressants, SSRIs, and psychostimulants are common use. These drugs are the typical plan of action for long-term management of Asperger’s symptoms. However, they a