Delicately crafted via pure Co2 extracted CBG and Hempseed oil to create a powerfully rich concentrate tincture that is easily consumed for fast results. Simply apply drops directly into the mouth via dropper or in your favorite food or drink. Drops have little to no taste. For more immediate relief, place drops under your tongue for faster absorption into the bloodstream.

You’ve heard about the benefits of CBD, but what about CBG? Although they are both cannabinoids from the hemp plant, they do have distinguishing benefits. CBGA, or cannabigerol acid, is known as the mother of all cannabinoids. That is because other cannabinoids like CBD first start as CBGA.

As the hemp plant matures, these CBGA cannabinoids evolve, and very few (typically 1% or less) remain as cannabigerol. It is much more likely for CBGA to convert to CBDA. Once heat and light interact with CBDA, they lose their acidity and become CBD.

CBG Oil: How it’s made

In simple terms, it is rare for CBGA to mature into CBG. However, due to new technology, manufactures have been able to manipulate hemp plants to make this conversion more frequent.

Much like all other cannabinoids in hemp, CBG interacts with your endocannabinoid system (ECS).  The ECS is a complicated system that helps to regulate many important functions such as digestion, sleep, mood, anxiety, and more.

CBG will not produce psychoactive effects. Think of it as the “decaf” versions. CBG retains benefits of hemp without the feeling of getting “high.”

The key differences between CBG and CBD are still being studied, however, certain things are relatively clear. CBG has a reputation of being more stimulating than CBD, making it a great choice for promoting and being a catalyst for energetic advantages. CBG is also known to interact with the ECS receptors in the eyes, opening the possibilities for remedies connecting to ocular issues.

Other Info:  Lab-tested for accurate potency.

Instructions for Use: Use as a dietary supplement. Take one or more servings (drop directly in the mouth or on food) twice a day or as needed.

Storage: In order to preserve freshness, store in a cool dark area away from heat, light, and humidity.

There are no reviews yet. 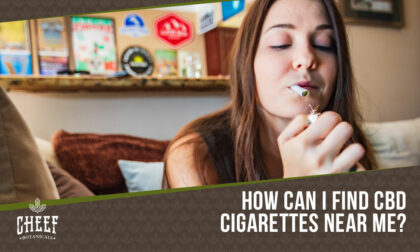