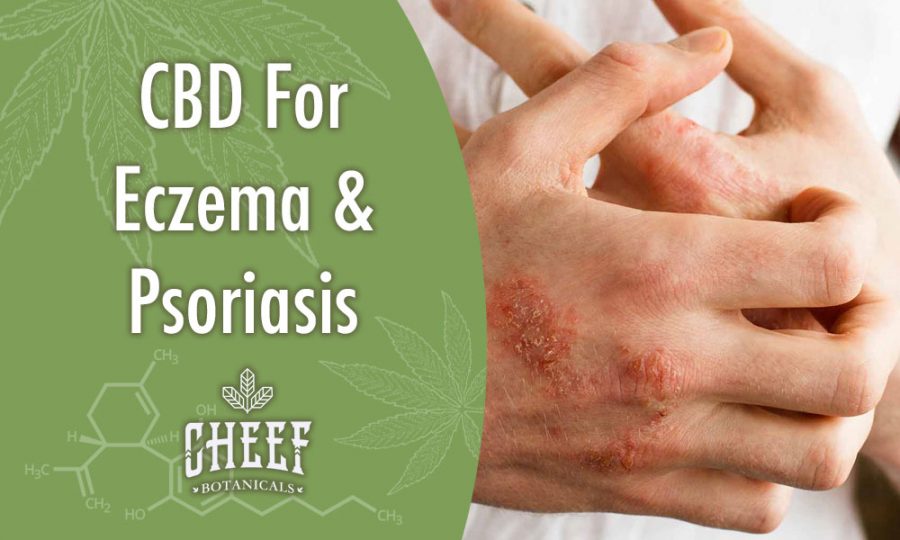 Eczema, also known as dermatitis, is a group of diseases that affect the skin. Often characterized by rashes, itchiness, irritation, and red skin, Eczema is an autoimmune disorder where the epidermis is hypersensitive to any kind of irritant. Psoriasis is a similar autoimmune disorder; however, it is caused by overproduction of skin cells. Using CBD for Eczema has proven to be an effective treatment for both eczema and psoriasis. Many studies have shown it to be a viable and natural treatment option with no negative side effects.

What is Eczema and Psoriasis?

Eczema is actually a group of various diseases that are collectively referred to as dermatitis. The causes of this condition are poorly understood, though it is generally accepted that it is caused by genetics and environment. For the most part, it is an autoimmune disorder that causes chronic inflammation. People suffering from this condition periodically have flare-ups that are caused by outside irritants or changes in the environment. At its most basic level, eczema is the body’s immune system attacking its own skin because it detects what it believes to be pathogens that may threaten the body.  There are four basic types:

If the general term dermatitis or eczema is used, it is understood that it is one of these four related conditions. Most frequently, though, it refers to atopic dermatitis. The symptoms of all four variants are the same. They include: