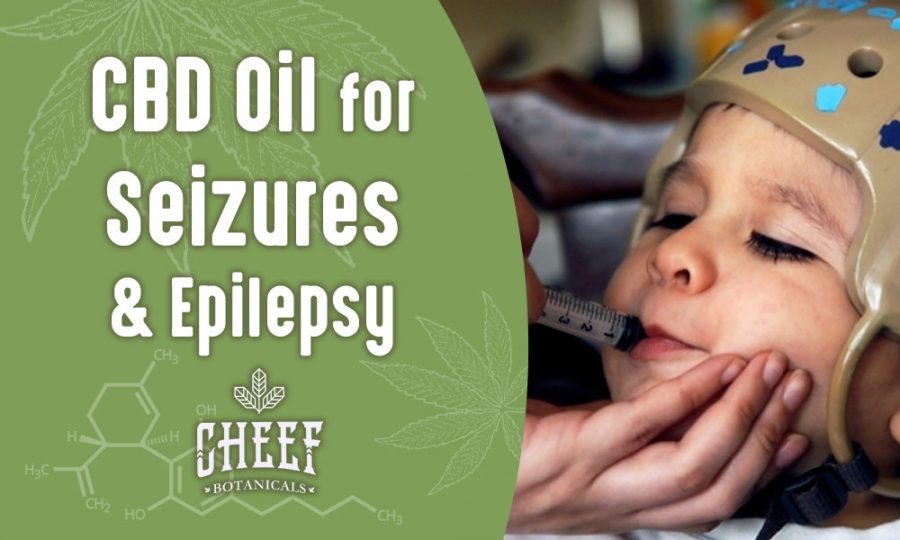 Epilepsy affects nearly 50 million people worldwide and is labeled as one of the most common neurological diseases of our time. The condition causes uncontrollable and recurring seizures.  Misfiring electrical signals in the bain cause convulsions and, sometimes, loss of conscience. This harsh disease can severely impact a person’s quality of life.

Epilepsy can be treated with medication, however, isolating the medication that will be effective for an individual can be a complicated process. These medications are also known to cause harsh side effects. These can include loss of coordination, depression, and inflammation of internal organs. Because of this, many people with epilepsy look for alternative ways to manage their seizures. One of the most popular alternatives is CBD oil for seizures.

If you suffer frequent seizures, or you know someone who does, you may have heard about CBD oil. But, does it work and is it safe? To answer these questions and more, here’s our comprehensive guide to using CBD oil for seizures.

What Is CBD Oil and How Does It Work?

CBD, or cannabidiol, is a natural compound derived from the hemp plant. CBD is one of a family of compounds known as cannabinoids. CBD does not cause a high and it is non-toxic.

Many people who have epilepsy have tried CBD with good results. Research into the use of CBD for seizures is still ongoing. However, there is now a large body of clinical evidence that is available in the section below. Scroll down to see if CBD is right for you.

Why Use CBD Oil for Seizures?

Approximately 30% of those people who have been diagnosed with epilepsy do not respond to traditional treatments. This includes the commonly prescribed drugs, such as primidone, clonazepam, and phenytoin.

CBD is all-natural. It comes from the hemp plant. Many people have found so many positive results by either smoking high CBD hemp flower, vape cartridges or eating CBD edibles. But the most popular direction our customers go in most is the full-spectrum hemp oil option and with great results. Unlike Traditional anti-seizure options, CDB has no known negative side effects.

Most Popular CBD Products For Seizures

Types of Seizures and Epilepsy

Generalized non-motor seizures used to be called petit mal seizures. They cause symptoms such as staring into space and repeated movements or gestures.

When focal aware seizures occur, the person is fully aware of what is happening. This type of seizure used to be known as a simple partial seizure.

A person experiencing a focal impaired awareness seizure will feel confused and may be unaware of what is happing. They may also not remember the seizure later. This type of seizure used to be known as a complex partial seizure.

A focal motor seizure causes movement. A person may twitch, walk around or rub their hands together. Subtypes of this type of seizure include epileptic spasms, and tonic and clonic seizures.

Unknown if Generalized or Focal Epilepsy

If doctors are unsure what type of seizures a person is experiencing, they will classify the condition as “unknown if generalized or focal epilepsy”. This can occur if tests do not show any clear results. It can also occur if no one else was present when the seizures occurred, so the symptoms cannot be described.

What Are the General Causes of Seizures?

Epilepsy is not one specific condition. It is a term used to describe a tendency to experience seizures. The cause of the seizures is not always identifiable. When the cause is identified, it is usually found to be related to a brain injury. In most cases, however, the cause cannot be identified. Some of the main identifiable causes of epilepsy are:

Although the underlying cause of epilepsy is often not known, the triggers that cause seizures often can be identified. Common triggers for seizures include:

Cannabidiol has the most powerful health properties of all the cannabinoids. Scientists have found that CBD has four main ways that it works similar to an antiepileptic: