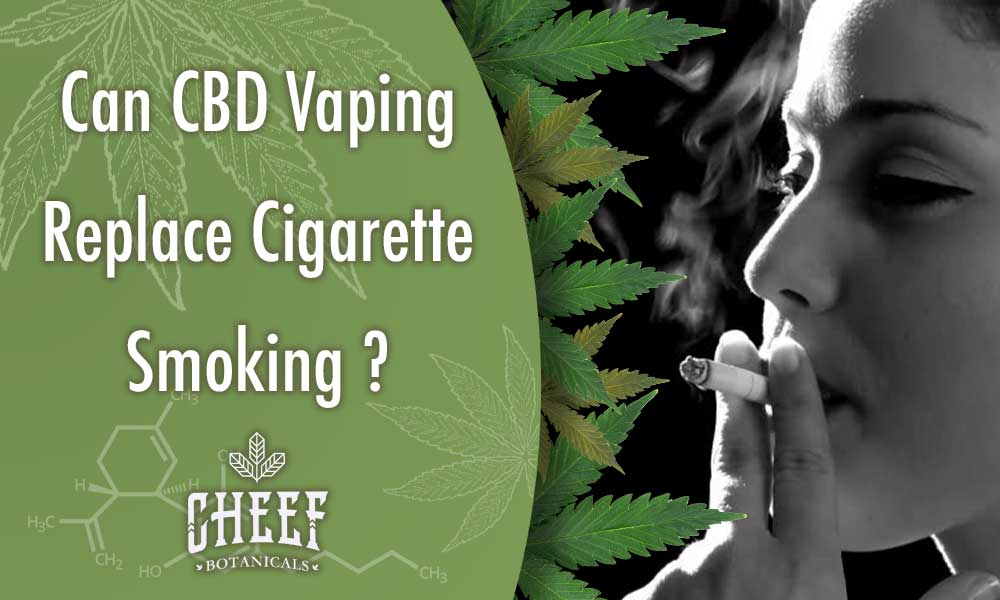 Smoking cigarettes is absolutely terrible for you. Countless studies show that it causes cancer, lung disorders, and heart disease. In fact, the World Health Organization (WHO) states that 1 in 10 adults, over five million, die from smoking annually. Furthermore, cigarettes have over 7,000 chemicals in them as well as up to 20 milligrams of tar per cigarette. Despite these grim figures, only about 7% of smokers quit smoking for good. Vaping cannabidiol (CBD), however, seems to show promise in helping smokers overcome this terrible addiction.

Why Do People Smoke Cigarettes?

There is one fundamental reason why people smoke. They are addicted to nicotine. This is the primary active compound in tobacco and can result in both psychological and physical addiction. If you inhale a tobacco product, the smoke will absorb into your bloodstream and cross the blood-brain barrier within 7 to 10 seconds.

Once absorbed, nicotine has profound effects on the physiology of your body and brain chemistry, including: 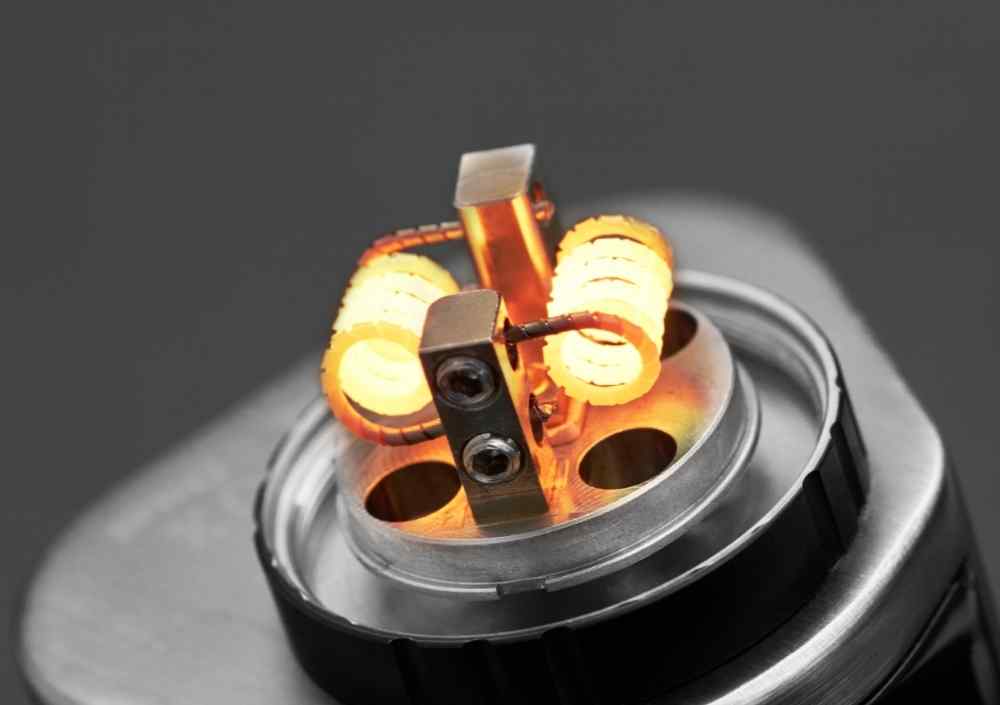 The changes in dopamine levels and the limbic system are the primary means by which a person becomes addicted to nicotine. Once the effects of the last cigarette quickly wear off, they feel an urgency to smoke another one to avoid withdrawals.

The symptoms of nicotine withdrawal can be quite serious and include:

This is referred to as addiction or, in more technical materials, a disorder of motivation. Recent research suggests that cannabidiol (CBD) might be effective in helping those who are trying to quit smoking cigarettes.

What Is CBD Vaping?

Vaping (short for vaporizing) is a specific method for ingesting CBD. It is done with a small device known as a vape pen. A regular vape pen consists of four parts which are:

CBD vape oil, sometimes referred to as juice or e-liquid usually comes in a cartridge that is inserted into the chamber. The battery powers the atomizer which heats up the CBD vape oil to the point of vaporization.

When you inhale the vapors they enter your lungs. The permeable membranes in our lungs allow the CBD in the vapors to absorb into the bloodstream. It then crosses the blood-brain barrier and activates the various parts of the brain.

This method of administration has a high bioavailability rate. Simply put, the body is very efficient at metabolizing CBD via inhalation. Furthermore, CBD inhalation has a very quick onset of action and starts working on the body within 5 minutes. Vaping CBD is the fastest way to feel the effects of CBD.

Being addicted to smoking is similar to any other kind of addiction. Essentially, the nicotine has effectively hijacked the pleasure and reward centers of the brain located in the limbic system. This is because nicotine ingestion physically alters structures within the brain and modifies neural pathways to trigger cravings or withdrawals.

Think of the brain as a giant circuit board, with the circuitry and transistors like connected neurons in our brains. If you were to take a soldering iron and rewire the circuitry of the board, then you would be fundamentally altering its functions. The same thing happens in our brains. Nicotine rewires the neural pathways and creates a disorder of motivation.

However, CBD works with your endocannabinoid system (ECS) to promote overall homeostasis. Your ECS helps to regulate many significant functions, but overall, its most important task is maintaining homeostasis. Nicotine throws your body off homeostasis, causing neural pathways to act differently. This indicates CBD might be a possible candidate to help quit smoking because it works with the system that can help your body return to a homeostatic state. Here are two groundbreaking studies which further elaborates these findings:

One study from 2018 in the peer-reviewed journal Addiction examined what is known as attentional bias in dependent smokers. This means that a nicotine addict will exhibit a bias to cigarette cues due to the positive feelings and thoughts they associate with smoking. Remember, nicotine has rewired their neural pathways to make them feel this way. This study claims that a single 800 mg dose of oral CBD significantly reduced this attentional bias in addicted smokers by decreasing the sense of pleasure and reward with smoking a cigarette.

Another study from 2013 in the peer-reviewed journal Addictive Behaviors examined CBD’s ability to reduce cravings over the course of one week. A group of addicted smokers were given CBD inhalers (400 mcg/inhalation) and were instructed to use them whenever they felt a craving for a cigarette. When compared to the placebo group, the study indicates claims that smokers using CBD showed a 40% decrease in the number of cigarettes smoked.

Both of these studies are important in understanding why CBD can be such a powerful tool.

Current research suggests that vaping can be safe if the CBD:

Furthermore, you should let your doctor know if you decide to vape CBD. This will allow them to determine if you are a good candidate for this method of administration as well as decreasing the possibility that it may have interactions with other medications.

Additionally, if you suffer from asthma or chronic obstructive pulmonary disease (COPD), then most clinicians suggest that you refrain from vaping. In these cases, you can always use CBD in another form, such as tinctures or edibles. 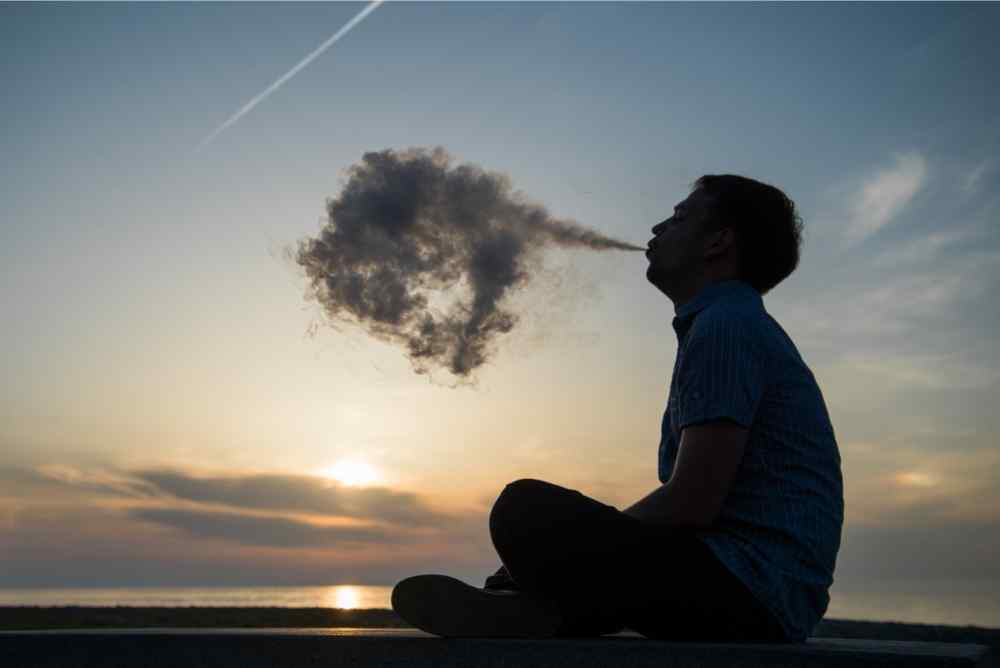 Every human has an endocannabinoid system (ECS). This is a control system that is spread throughout the body and composed of two types of cannabinoid receptors:

A 2016 study in the peer-reviewed journal Annual Review of Neuroscience indicates that CBD’s effectiveness towards nicotine cravings comes from its interactions with CB1 receptors.

Another recent study conducted by The Cannabis Radar claims that vaping CBD reduced cigarette consumption by 42% in tobacco smokers.

Furthermore, many smokers develop oral fixation after years of smoking cigarettes. This oral fixation, coupled with the symptoms of nicotine withdrawal, can cause ex-smokers to be fidgety. This leaves them craving something to satisfy their oral fixation as they try to beat their addiction.

Some researchers speculate that CBD vaping can be effective in fulfilling this oral fixation. Vaping CBD can mimic the effects of smoking without any of the negative health consequences of nicotine ingestion. Furthermore, some ex-smokers also indicate that holding and operating their vape pens decreases their restlessness by giving their hands something to do.

Vaping flower (CBD flower) seems like an innovative option to smoking cigarettes. CBD is well tolerated, natural, and effective. Nicotine addiction is no joke and the withdrawal symptoms can be extremely difficult. CBD just might be the alternative that can potentially help countless smokers live better, fuller, and more fulfilling lives.