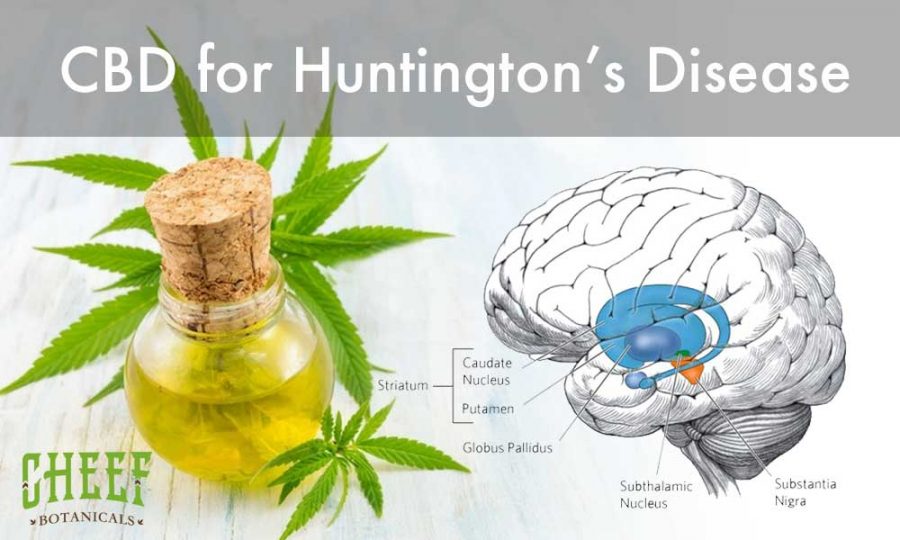 CBD, or cannabidiol, is a non-psychoactive compound that is extracted for cannabis and hemp plants and it is believed to have many potential therapeutic benefits for neurological disorders like Huntington’s as well for many other diseases.

What is Huntington’s Disease?

Huntington’s Disease is a genetic disorder that affects approximately 300,000 Americans. It is an inherited disorder that has been called the ultimate family disease. This is because if one family member has the disease, then there is a 50% probability that a child of that person will inherit the condition.

Huntington’s causes the degeneration of nerve cells in the brain, which affects a person’s physical and mental abilities. The first symptoms usually appear in adults aged between 30 and 50 years old, and the symptoms worsen over time. Sadly, there is no cure for Huntington’s disease and any medication that is prescribed will only help manage the symptoms. The disease is ultimately fatal and anyone who inherits the defective HD gene will eventually develop the disease.