Home » Blog » The Endocannabinoid System & CBD [How It Works]

The endocannabinoid system (also referred to as the ECS) is crucial to proper functioning in the mammalian body. It is a biochemical communication system that regulates a wide variety of activities. In recent years it has been the focus of a great deal of biological research. Scientists have been accumulating a greater understanding of just how important the Endocannabinoid System and CBD are to the general health and wellbeing of patients. The Endocannabinoid System and CBD help to regulate mood, behavior, and experience in human subjects.

At the forefront of all this research is cannabis and how it interacts with the various components of the ECS. Most people associate Cannabis solely with Marijuana. However, there are actually more chemical compounds within the cannabis plant that have beneficial qualities, collectively called cannabinoids. The most promising of these is cannabidiol (or CBD). CBD is a safe and effective cannabinoid that treats various ailments precisely because it interacts with the ECS.

What Are Cannabinoids and How Are They Produced?

A cannabinoid is a group of chemical compounds that are all closely related to one another. They are the active constituents of the cannabis plant. These cannabinoids act on what are called cannabinoid receptors in various cells of the human body. Once these receptors are activated, they then alter the release of what are known as neurotransmitters in the human brain.

It is helpful to consider these various working parts as keys and locks. The cannabinoids are keys and the receptors are locks. Neurotransmitters, on the other hand, are like messenger chemicals that get sent around the body to activate various processes. Imagine that there is a phone locked in a closet. In order to make a phone call, you must first unlock the closet door. The cannabinoid is the key, the receptor is the lock, and the neurotransmitter is the phone.

The Three Basic Types of Cannabinoids:

The type of cannabinoid dictates how it is produced. Endocannabinoids are present naturally in the human body. The same is true for phytocannabinoids within the cannabis plant. This suggests that there is a connection between the two and that the human body has adapted to using cannabinoids to achieve homeostasis (a state of healthy balance in physiology). Synthetic cannabinoids, on the other hand, are made in a laboratory setting.

What Is CBD and How Does it Relate to the Endocannabinoid System?

The two most widely recognized phytocannabinoids are THC and CBD.  However, the critical difference is that THC is psychoactive while CBD is not. “Psychoactive” simply means that the chemical has an intoxicating effect on the human consuming it.

CBD is one of approximately 113 other compounds that can be extracted from the cannabis plant. It also comprises about 40% of the total volume of extracted material. It affects the ECS when it interacts with what are known as CB1 and CB2 receptors. These are the primary receptors within the ECS.

Cannabinoids bind to these receptors in a multitude of ways. THC has a strong binding affinity for both, directly activating them and the ECS. The usefulness of THC, however, is limited by the fact that it is psychoactive and generally impairs a patient from living a normal life. CBD has a different mechanism of action. It activates CB1 and CB2 receptors indirectly by activating TRPV1 receptors. These cannabinoid receptors are responsible for regulating inflammation, the sensation and expression of pain, and body temperature. They control overall homeostasis.

The Endocannabinoid System and CBD: How Does It Work?

Homeostasis is an important concept to understand. It is the overall sense of balance and functioning of a healthy person. The endocannabinoid system (the ECS) is basically a widespread control system that monitors communication and homeostasis in the body. There are three basic components of the ECS:

It is useful to think of the ECS like a computer with sensors all over the body. These sensors, or receptors, monitor conditions in and around the body. They send that information to the computer and it determines the appropriate cellular response.

Homeostasis is the ultimate goal of this system, and it will send instructions to the various parts of the body to achieve this state of balance.

CB1 receptors are found primarily in the central nervous system (the brain and spinal cord), the digestive tract, gonads, and various connective tissues all over the body. Within the brain, CB1 receptors are located in three primary areas: the hypothalamus, the amygdala, and the hippocampus.

The hypothalamus is crucial in maintaining homeostasis in the body (controlling hunger and thirst as well as body temperature), sleeping patterns, and emotional states. The amygdala is responsible for processing and experiencing emotions. The hippocampus is the primary control center for memories, emotions, and the autonomic nervous system (which is responsible for activities that are unconscious, like breathing, digestion, and heart rate).

Due to this reactivity with these parts of the brain, the activation of CB1 receptors results in:

CB2 receptors are present in the brain in only small numbers. Instead, they are primarily located in the tonsils, spleen, and thymus. These are all organs that comprise the immune system in the mammalian body. CB2 receptors are also located on the surfaces of various immune cells, including monocytes, mast cells, microglia, and macrophages.

Consequently, activation of these receptors likely plays an important role in the treatment and management of most types of diseases, including:

Ultimately, the applications of how the ECS interacts with CB1 and CB2 receptors are still under investigation through clinical research. In fact, there is considerable debate as to whether there are even CB3 receptors located in the hippocampus.  CBD affects both the brain and the body through the endocannabinoid system.

What Do Cannabinoids Do To the Body?

Cannabinoids control a huge number of beneficial processes in the mammalian body. This is particularly true of CBD and its indirect activation of the ECS.

CBD also inhibits a metabolic enzyme known as Fatty Acid Amide Hydrolase (FAAH). Remember that enzymes are one of the three primary components of the ECS. In this particular case, FAAH breaks down an endocannabinoid known as anandamide. This endocannabinoid’s involvement with motivation and pleasure in the nervous system has given it the name the “bliss molecule”.

Because the Endocannabinoid System and CBD inhibits the enzyme that breaks anandamide down,  naturally there will be more of it in the human body. Consequently, there will be an increased sense of well-being in the patient. This is an excellent example of how CBD indirectly influences the ECS and how it can positively affect emotional states.

CBD has emerged on the cutting edge of health and wellbeing. Its efficacy in helping the ECS maintain homeostasis makes it an incredibly effective tool. CBD is also extremely safe with few adverse side effects. Cannabidiol has the ability to change peoples’ lives for the better.  CBD is emerging as one of the most powerful supplements on the market today. 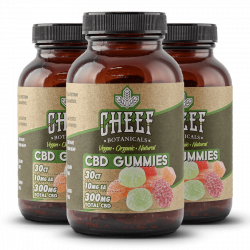 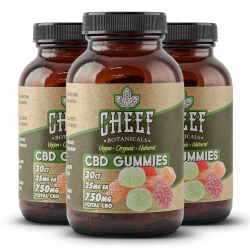 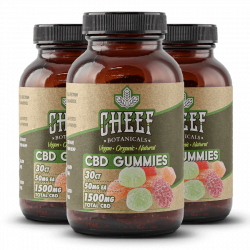 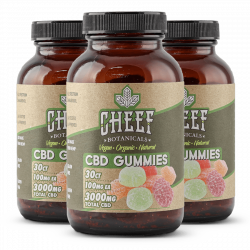 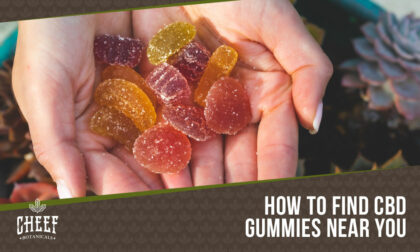 CBD Gummies Near Me [Online, In-Store, and More!] 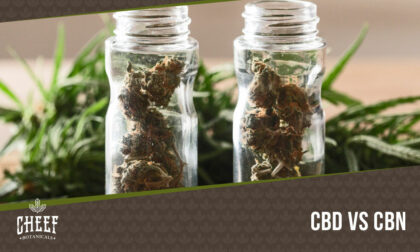 CBD vs CBN: Benefits and Uses of CBD and CBN