The human brain has a complex way of regulating appetite in the body. Appetite is an important process because it is what ensures that human beings get all the nourishment that they need. However, the regulation of appetite can frequently malfunction by either increasing or decreasing too much. If appetite goes too far in either of these directions, there are a variety of health risks that develop. For example, obesity is the leading cause of preventable death worldwide.

There are also serious complications if a person’s appetite decreases too much, usually due to a variety of underlying health conditions. Cannabidiol (CBD) is a naturally occurring component of the cannabis plant. It is a safe, effective, and viable wellness product.

CBD Oil And The Brain

CBD belongs to a specific class of chemical compounds known as cannabinoids. It is specifically known as a phytocannabinoid, meaning it is a cannabinoid that is derived from a plant. Though it is related to tetrahydrocannabinol (THC), the more widely known cannabinoid, it is different in one crucial way: CBD is not psychoactive. A chemical compound is defined as psychoactive if it alters the way the human brain functions and modifies a person’s behavior, perception, or emotions. To put it another way, CBD Oil is different than THC because it does not get a person high. Contemporary research suggests that using CBD oil to regulate appetite may have even more benefits than THC.

CBD supplements the body’s natural levels of endocannabinoids by binding and interacting with the receptors within the endocannabinoid system (ECS). The ECS has two primary types of receptors:

CBD Oil And Its Many Benefits

Using CBD oil to regulate appetite has been linked to better overall health. It helps maintain a state of homeostasis.

For example, in people suffering from certain conditions, such as depression, chronic pain, or cancer, their appetite generally bottoms out and creates further medical complications for them. This can hinder their recovery and make treatment that much more difficult. The ECS helps to regulate appetite and digestion. CBD interacts with the ECS to make sure it is functioning at maximum capacity.

Why Take CBD Oil To Manage Your Appetite?

Using CBD oil to regulate appetite is becoming popular for consumers. It has been shown to be a safe, effective, and entirely natural wellness product. The ECS is a widespread system with a complex set of receptors and neurotransmitters that are located not only in the human brain, but all over the body. Though the ECS regulates a wide variety of functions, it regulates the following processes that are directly involved in appetite and weight in humans:

Furthermore, the human body stores unused energy in the form of fat. If there is an excess of calories consumed, meaning that more nutrients are taken in that the mitochondria can convert into usable energy, then that energy becomes fat cells. It is important to note that there are two basic types of fat that are stored in the human body: white fat and brown fat.

Brown fat is, in essence, a series of battery packs that are stored in the body and are quickly accessed for energy.

Due to its reactivity with the ECS, CBD may help the body burn more calories. Its efficacy in weight management and appetite control is becoming increasingly apparent as more studies are done.

CBD should always be taken with some measure of guidance by a healthcare professional.  Good diet, proper exercise, and other measures of general health are vital as well. CBD is effective in Oil form, CBD capsules, and CBD gummies. However, any CBD products should have the proper milligram dosage on its packaging and be produced by a legitimate company. CBD is most effective when taken regularly and in controlled doses. 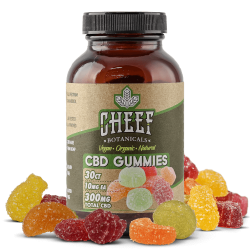 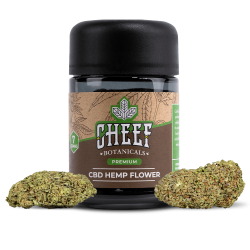 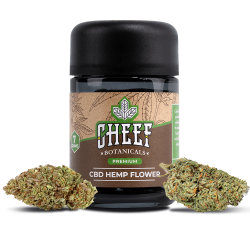 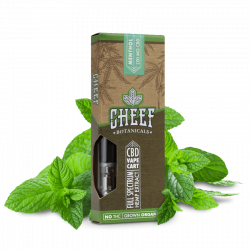