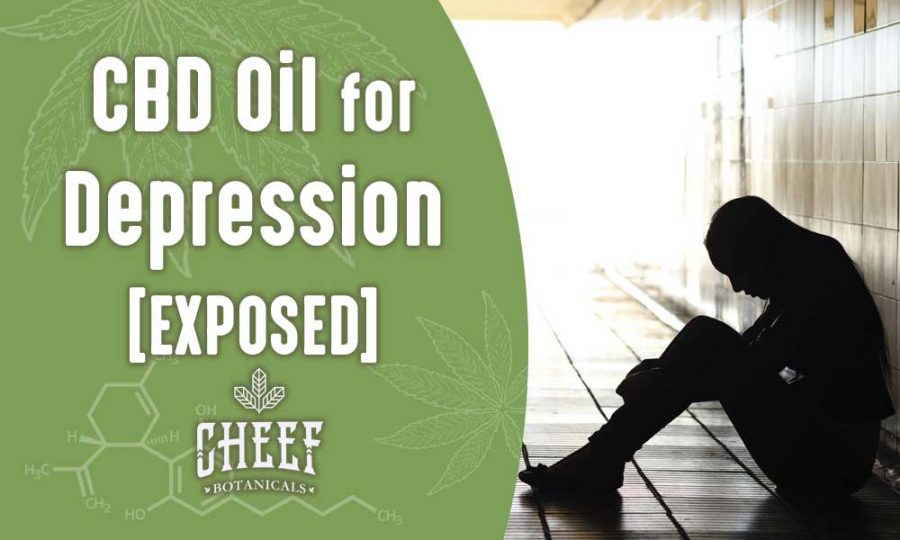 Depression is a serious mental health condition that affects more people than you think. It is not something to be taken lightly or to be ignored. Growing evidence suggests that CBD oil can be an effective treatment for anxiety and depression. But does it really work and is it safe? To find out more about using CBD oil for depression, read more…

It is estimated that one in fifteen adults will experience depression every year. One in six people experiences depression at some time in their life. Depression is an extremely debilitating condition. It restricts people’s ability to lead a normal life, and it can lead to suicidal thoughts.

For a long time, depression was something that was not widely acknowledged. Many people suffered from the condition in silence. Fortunately, the stigma that was once attached to mental illness is not as great as it once was. A lot of people, however, still don’t like to admit that they have depression.

Some people have discovered that CBD oil can reduce some of the symptoms of depression. It’s not an instant cure. However, taking CBD oil has been shown to help manage the disorder.

What Exactly Is Depression?

Most people feel low sometimes. That’s just a normal reaction to life’s ups and downs. When that feeling persists, though, and it becomes feelings of worthlessness, helplessness, and hopelessness, it can be clinical depression.

Depression can be something that a person is predisposed to, or it can be brought on by a specific event. The symptoms of depression include the following:

People who suffer from depression also often experience physical symptoms. These include gastrointestinal problems and back and joint pains.

Depression is more than a bad mood. Even though it is described as a mood disorder. It is a serious condition that affects the way people think and the way they handle daily activities. It impacts on their ability to lead a normal life. There are several types of depression, including the following:

Many people who have depression describe it as carrying around a massive weight. There are times when they know they need to do something, but they simply can’t bring themselves to do it. They often feel like they don’t want to get up in the mornings. They become reclusive. They have little motivation to do anything at all.

What Are the Effects of CBD Oil and Depression?

If you are taking antidepressants you should talk to a doctor before you stop. However, research into the potential use of CBD oil for treating depression has been very promising.

CBD oil has the same effect as prescribed anti-depressant drugs. It enhances the levels of serotonin in the brain. That, in turn, reduces the symptoms of depression.

Do Not Wait to Treat Depression

A lot of people are reluctant to seek help for depression. Some people still think that there is something shameful about being depressed. Depression, though, is a disease like any other, and it can be treated. It is very important that depression is treated. It’s not something that a person can simply “shake off” by themselves. If left untreated, it can lead to these further complications:

Left untreated, depression can get steadily worse. This can ultimately lead to even longer bouts of depression and more serious symptoms.

Suicidal thoughts are a common symptom of depression. The longer a person leaves depression untreated, the more likely it becomes that a person will act on these thoughts.

Depression can worsen existing medical conditions. Statistics show that people with depression are more likely to die than people without depression.

It is important, therefore, that if you are experiencing the symptoms of depression you seek medical help. If you know someone else who is, you should encourage them to get help. There is no shame in being depressed. The condition can be treated.